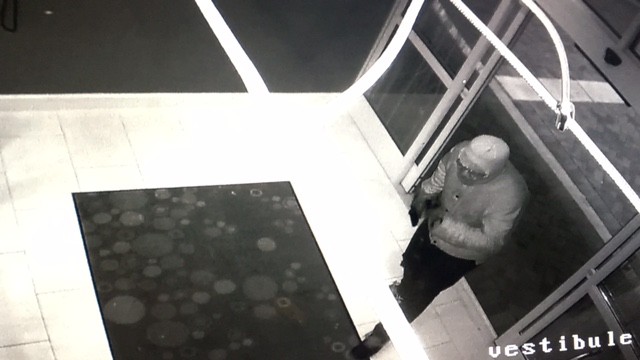 On Saturday, December 3rd at approximately 3:05 am Brentwood Police responded to the Hilton Suites Hotel at 9000 Overlook Boulevard on a reported armed robbery. Officers determined that a male suspect wearing a mask entered the lobby and robbed the front desk clerk at gunpoint. An undetermined amount of currency was taken in the robbery.

While officers were on the scene at the Hilton a second call was received from the Hilton Garden Inn at 217 Centerview Drive. In that incident the clerk reported that he was away from the front desk and upon returning discovered that the cash drawer had been forced open and an undermined amount of currency taken. Using video from the hotel officers determined that the suspect matched the description from the Hilton Suites robbery.

At approximately 3:35 am officers responded to an attempted robbery at the Candlewood Suites Hotel at 5129 Virginia Way. The clerk at Candlewood reported that a suspect armed with a handgun entered the hotel lobby. The suspect, who matched the description from the other incidents, fled the hotel when he was unable gain access to the clerk or the cash drawer.

Brentwood Police are searching for a black male suspect described as 5’10” 160 pounds last seen wearing glasses, a green jacket, dark pants and gloves. The suspect was armed with a black handgun and wore a yellow mask over his face. The suspect vehicle is believed to be an older model dark colored Jeep Cherokee driven by a second unknown suspect.

Anyone with information on these incidents is asked to call Brentwood Police at (615)371-0160 or email tips to bpdtips@brentwoodtn.gov.