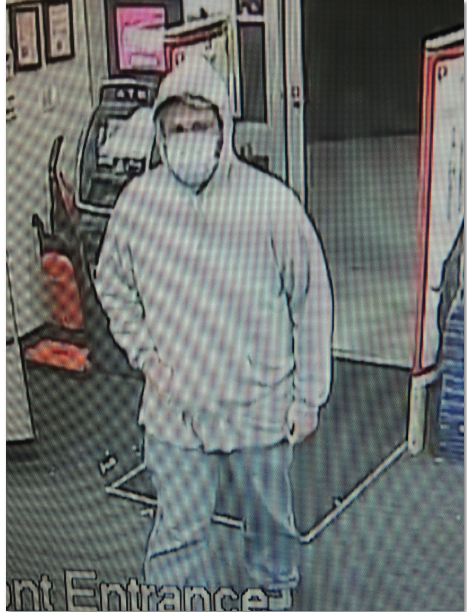 On Monday, April 3, 2017, at approximately 9:01 pm The Brentwood Police Department responded to a robbery at the Walgreens located at 101 Franklin Road. . Responding officers discovered that a man had fled on foot with an unknown quantity of prescription medications.

Detectives determined that the suspect, who was wearing a surgical mask over his face, entered the store and walked directly to the pharmacy.  The suspect handed the pharmacist a note requesting multiple prescription medications and indicated that he was armed, although no weapon was displayed.  After receiving the items from the pharmacist the suspect ran out of the store.

The suspect remains at large. He is described as a white male, approximately 6’0” tall with a medium build. He was last seen wearing jeans, a gray hooded sweatshirt, a ball cap and surgical mask.

Anyone with information on this incident is asked to contact the Brentwood Police Department at (615)371-0160 or by email at bpdtips@brentwoodtn.gov.