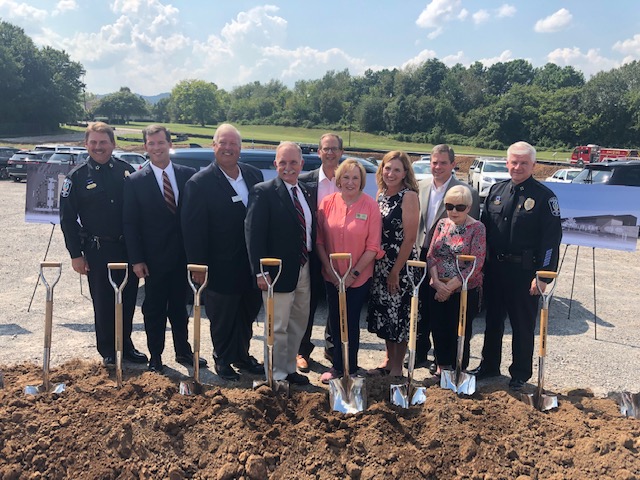 On Wednesday, September 11, 2019, Brentwood Mayor Rhea Little and members of the City Commission along with leaders of the

Brentwood Police Department broke ground on the new headquarters site located at 910 Heritage Way.  The facility will allow the Brentwood Police Department to exist in their own dedicated and secured facility located more centrally to all of Brentwood. The building will accommodate the police departments, training, investigative labs, operations, and the city’s dispatch center for fire and police. The police records division, a community room and municipal courtroom will be easily accessible from the public lobby facing Heritage Way.

Mayor Rhea Little said this new building has been needed for quite some time and emphasized its use for the entire community. “This new facility will be right in the heart of Brentwood and central to many residents.  This is a day of celebration for the entire community,” said Mayor Little. The new headquarters located at 910 Heritage Way will mean greater accessibility to the center of Brentwood.”  The new facility will also have a community room for the public and our criminal justice partners to conduct meetings.   “Residents will be able to access the building more easily with an open lobby and quick access to public records and the municipal courtroom.  There will also be a training and defensive tactics classroom, virtual firearms simulation training room and a firearms range to help serve Brentwood Police.  Mayor Little ended by saying, “this is a celebration for every Brentwood citizen whose taxes have helped make this building possible.”

The groundbreaking was held on a day sacred to America, marking 18 years since the terrorist attack on 9/11.   The ceremony began with the Brentwood Police Department Honor Guard presenting the colors, followed by the acapella performance of the National Anthem by Lou Galterio and a moment of silence for those lives lost.  Brentwood Police Chief Jeff Hughes said, “we would not be here today without the brave men and women who serve our country every day, whether on the battlefield or on the front lines of communities like Brentwood, working to keep us safe and free.   We honor and remember those who gave the ultimate sacrifice on 9/11,” Chief Hughes said.

Chief Jeff Hughes emphasized to the audience full of supporters, including Brentwood Citizen Police Academy Alumni, that because of past days like 9/11, a lot of thought has gone into the design of each space in the 56,000 square foot building.  “We are here to serve and protect the citizens of Brentwood.  This building will be the facility that helps us provide safety to the officers coming to and from work each day, space where officers can learn and train, and having that all under one roof means we can work more closely together without needing to visit another building to find a fellow officer,” Chief Hughes said with a smile.  “Seeing these renderings of what this flat space will soon become, makes us all proud to serve Brentwood,” Chief Hughes said.

The property where the headquarters will be located was acquired by the City in the late 1990s as part of the development of the adjacent Heritage senior living facility.  The new facility will enable the entire police department to be located at one common facility.  Since 1987, when the Brentwood Police Department moved into the current City Hall location, it has outgrown its available space.  Brentwood Police Chief Jeff Hughes explained, “The traffic division is on one end of the building, while the police administration and other command staff are on the other.  Our community service officers even work out of a fire station. We are looking forward to our entire team and all its members functioning under one roof,” Chief Hughes said.  All divisions of the department, including community, support services, emergency communications and criminal investigations will be in the state-of-the-art facility.   It will also house a Williamson County ambulance, a firing range, and a fitness facility.

The Architect Workshop provided both space programming and architectural design for the Brentwood Police Department.   Under the leadership of Architect James Kennon, the overall goals were determined, and a series of multi-day workshops were held with police, city commissioners, and City Manager Kirk Bednar to identify the space and programmatic needs of the new building.   Bednar said, “At each step, Kennon and his team were always focused on the unique purpose of this building.   We appreciate their attention to the detail of the building organization and its specific program development.” 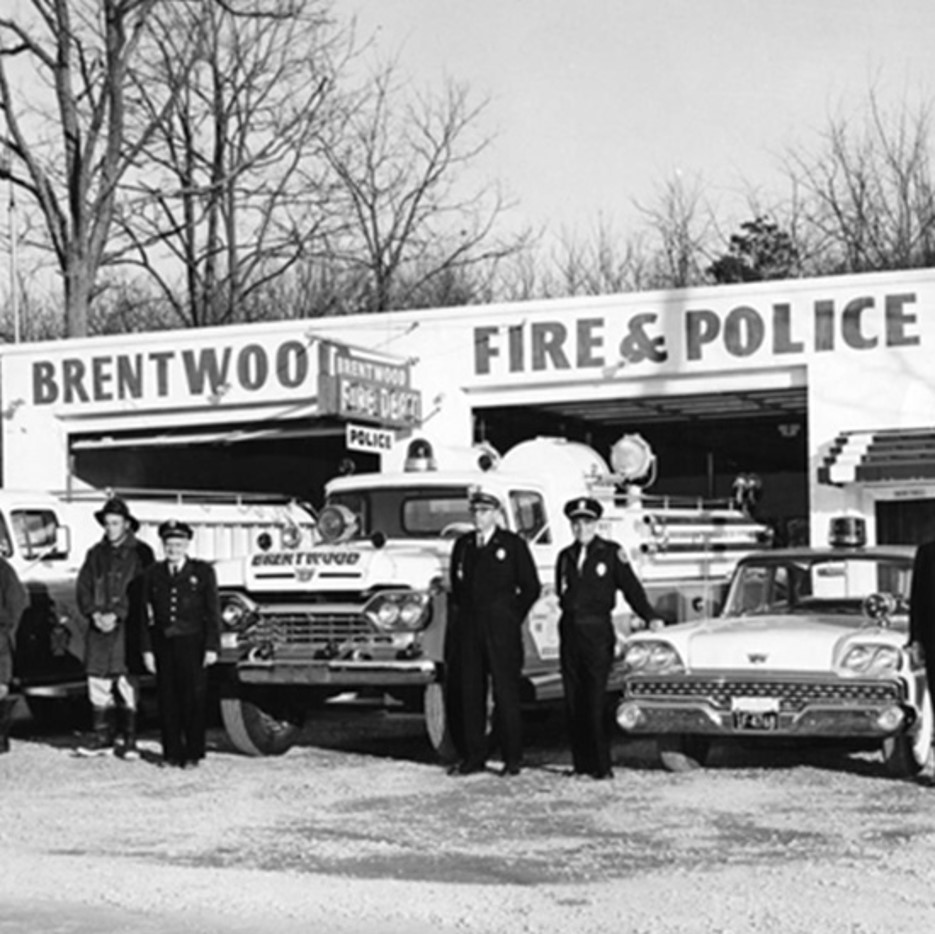 At the conclusion of all speeches from the podium, Mayor Rhea Little, Bednar, Chief Hughes, Assistant Chief of Police Tommy Walsh, Brentwood City Commissioners, Kennon, and a representative from the Parent Company all moved to the prearranged ceremonial dirt by the side of the ceremony tent.  Following a countdown by the crowd, the men and women, with gold shovels in sync, officially broke ground on the new facility.

Brentwood based, The Parent Company, is the construction management contractor now responsible for the building. They have been responsible for the successful completion of many other Williamson County projects such as the Public Safety Center, the jail, and the Brentwood Service Center.   The Brentwood Police Department headquarters project is budgeted at $29 million and to date, is the largest single capital project in the city’s history.   Construction is anticipated to be finished in the spring of 2021, which is the same year the Brentwood Police will celebrate its 50th anniversary in 2021.