All City offices and the John P. Holt Brentwood Library will be closed Monday, January 20, 2020 for Martin Luther King Day. 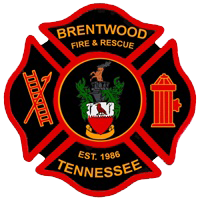 Prior to 1986, fire protection in Brentwood was provided by a privately owned “subscription-based” fire department. This means citizens were required to pay an annual fee in order to receive fire protection. A single fire station was located on Pewitt Dr. off of Church Street and the only service provided was fire protection.

In 1985 the Brentwood City Commission employed Gage-Babcock & Associates, Inc., a fire protection consulting firm, to evaluate the city and make recommendations on fire protection needs. In August of 1985 this firm recommended that the City assume full fire protection responsibility for Brentwood.

The City immediately began its nationwide search for a qualified Fire Chief to oversee the development of a municipal fire department. In November of 1985 Arizona native Dean E. Filer became Brentwood’s first Fire Chief. As the only fire department employee at the time and with a target date of September 1, 1986, Chief Filer went to work building a fire department from scratch.

Fire station #2 which is located at 1301 Wilson Pike south of Concord Rd. was the first station completed. It was dedicated on August, 29, 1986. At the dedication Chief Filer likened the 9-month process of building the department to that of having a baby. Fortunately his baby was delivered on time and at midnight on September 1, 1986, the privately owned fire department closed their doors and the new municipal Brentwood Fire Department opened ours for business.

In January of 1987, construction began on the Brentwood Municipal Building which also houses fire station #1. While waiting for this station to be built, station #1 consisted of a temporary portable construction trailer which was placed on the city Service Center parking lot which at the time was located on Church St. where the Brentwood Funeral Home now sits. This trailer became affectionately known as the “Dog House” due to its size. Station #1’s move in to the new building took place in October of 1987.

In September of 1989 Chief Filer announced his resignation so that he and his ailing wife could return to Arizona. The search immediately began for a new Fire Chief and in February of 1990 David Clark from the Bowling Green, KY Fire Department was appointed to the vacant position. The most significant change that took place in the department under Chief Clark’s direction was a change from 8-hour shifts to the traditional 24-hours on-duty/48-hours off-duty schedule.

As the City grew, so too did the Brentwood Fire Department. In March of 1992 Fire Station #3 was opened on General George Patton Drive as a part of the city’s new Service Center.

In January of 1993 Chief Clark announced his resignation so that he could care for his aging parents. In June of that year Kenny Lane, the department’s only original remaining Fire Captain, was promoted to Fire Chief.  He would hold that position for the next 18 years until his retirement in June of 2011.

With the City still growing by leaps and bounds especially to the east, Fire Station #4 along with a training facility that included a 5-story tower was opened in April of 2001.

Assistant Chief Brian Goss became the fourth Fire Chief in the history of the municipal fire department when he was appointed as Chief Lane's successor by City Manager Mike Walker effective July 1, 2011. 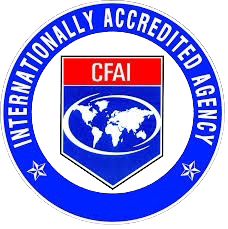 We’ve come a long way since those early days, including a name change. Emergency responses totaling 665 calls in 1987 have increased to over 3,600 in FY 2018 and a staff of 26 has grown to 69 personnel. We became Internationally Accredited in 2014 through the Commission on Fire Accreditation International, and improved to an ISO Rating of 2 in 2018.

Thanks to the support of our citizens, City Commissioners and City Manager, the Brentwood Fire & Rescue Department continues to be a progressive organization staffed by dedicated and caring professionals who stand ready to provide educational, preventative, and emergency response services to the citizens and guests we serve.