Face coverings are required in all City facilities.  For the latest Covid-19 information, please visit https://www.brentwoodtn.gov/residents/covid-19/ 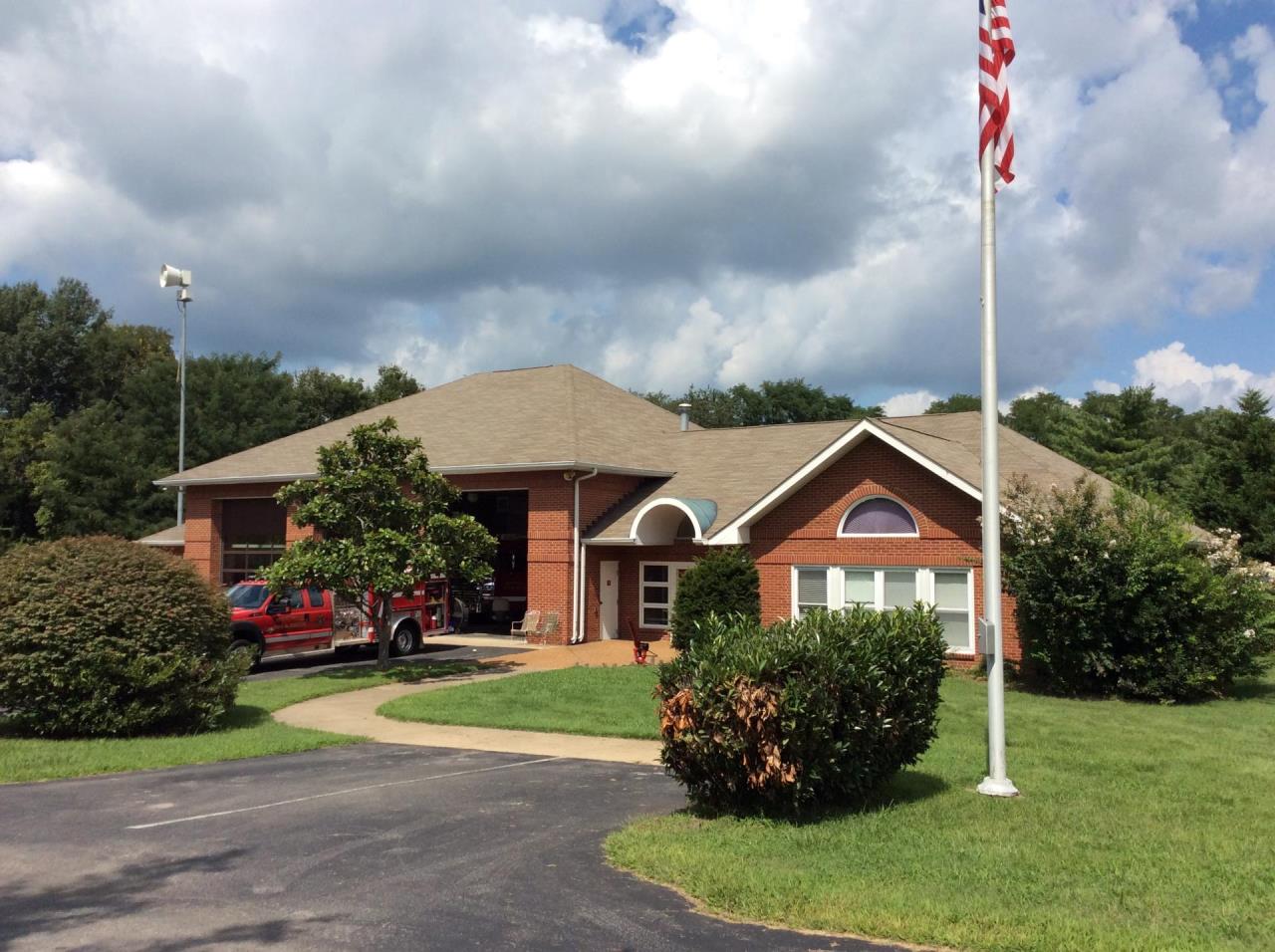 Fire Station 2 was built in 1986, making it the oldest station in the department.  Station 2 was built while the city was still forming its fire department and housed the department’s first fire apparatus and firefighters, until Station 1 could be built in Maryland Farms.  Station 2 is located on Wilson Pike just south of Concord Road across from the Falls Wood Subdivision.  Station 2’s district is centrally located, covering south of Old Smyrna Road to the Franklin City limits on Moores Lane and East of the Robert E. Lee and Stone Hill Subdivisions to Steeplechase Drive and Green Hill Boulevard.  Being centrally located in the city, the companies from this station respond to almost every fire alarm and major incident. It also is conveniently close to I-65, making it a primary response to any major vehicle accidents.

Station 2 is currently the only station which fire & rescue solely occupies.  Station 2 consists of a watch desk (office), day room with kitchen, bunk room with officer’s quarters, fitness room, and locker facility for personal protective equipment.  Station 2 also is where all regular maintenance is conducted on each piece of apparatus in the city.  A maintenance shop is located at Station 2.   In 2007, the station received an addition and renovation.

Station 2 houses Engine 52, Rescue 52, and Engine 55.  Engine 52 is a Rosenbauer Custom Pumper with 1,000 gallons of water and a pump with 2,000 gallons per minute capacity.  It was introduced into the fleet in 2013.  Engine 52 is staffed with a Lieutenant, Engineer, and Firefighter/ Paramedic.  It is outfitted with a full compliment of firefighting equipment as well as advanced life support medical equipment to respond to a variety of emergency situations.

Rescue 52 is also housed at Station 2.  Rescue 52 is a 2003 Ferrera Heavy Rescue on an HME chassis and is staffed with an Engineer.  It is the only apparatus of its kind in the city and is considered the “tool truck” for any sort of emergency. In case of an emergency outside of Station 2’s district in which the Rescue is needed, the firefighter from Engine 52 can also respond with it.  It has a full compliment of extrication equipment, also known as the “Jaws of Life”, as well as rope rescue, trench and advanced vehicle stabilization equipment, and shore-based swift water rescue equipment.  Basic hazardous materials decontamination and spill mitigation equipment is also available on this apparatus.