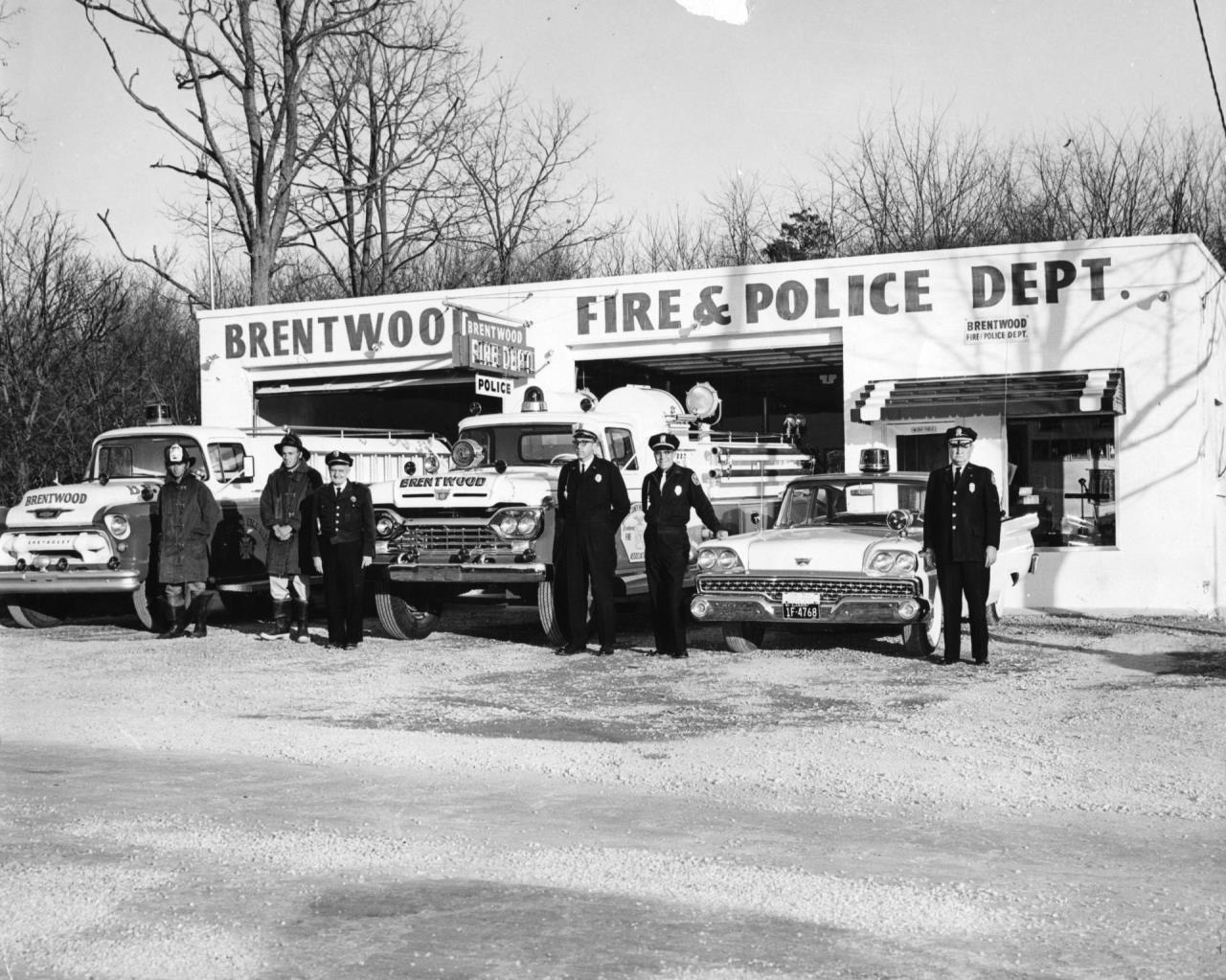 The City of Brentwood was incorporated in 1969 and offered a private Fire and Police Subscription Service, with most law enforcement services provided by the Williamson County Sheriff’s Department.   The following year, Brentwood Mayor Emery Pewitt and two City Commissioners, John Sloan Jr. and Bob Robinson, made the decision to launch full-time police service to the City.    On February 1, 1971, Howard D. Buttrey was hired as the City’s first Chief of Police.   Buttrey previously worked with the Nashville and Belle Meade Police Departments.

Chief Buttrey obtained a $40,000 grant from the United States Department of Justice’s Law Enforcement Assistance Administration to purchase and equip two patrol cars and radio equipment. Three officers were hired and the Brentwood Police Department began full time patrol on April 1, 1971.   At that time there was only one officer patrolling each of the day's three shifts.

In the beginning, there was not a 911 Communications Center.  The Berry Hill Police Department and the Williamson County Sheriff’s Department dispatched Brentwood officers until Brentwood's first police headquarters opened in 1974.   It was located in a small building in the back of an Exxon station near where Franklin Road and Town Center Way is now located.  In 1976, headquarters moved to a small building located at the end of Harpeth Drive and again in 1979 to Wilson Pike Circle.    Today, Brentwood Police operate out of City Hall located at 5211 Maryland Way in Maryland Farms.   In 2018, City Commissioners approved a new police headquarters to be built.   It is anticipated to open in the future in the middle of the City off Concord Road near the Brentwood Library. There have only been three Chief of Police in the history of the department.  Chief Howard Buttrey retired in 2000 and Captain Ricky Watson was appointed to lead.   Chief Watson retired in 2012 at which time  Jeff Hughes was named Chief.   Today, the department has more than 60  sworn officers and close to 20 civilian personnel.

The Brentwood Police Department received National Accreditation from The Commission on Accreditation for Law Enforcement Agencies Inc. in 1989, and was the first agency in the State of Tennessee to be accredited. The Department proudly maintains its nationally recognized accredited status, having been re-accredited eight times, most recently in 2018.